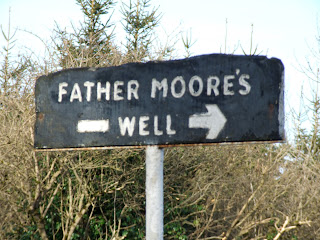 The signpost from the road

This is a slightly curious well in that it may represent a well that was once dedicated to Saint Brigid, but over time local tradition has planted the memory of a Fr Moore over the top. A few locals nearby will insist that the Saint Brigid’s holy well is a couple of fields over from Fr Moore’s well, but OS maps don’t suggest that and despite a good old rummage around the fields I couldn’t find it. Now I could of course have simply been looking in entirely the wrong place, but I’m not the only person to have thought that Fr Moore’s well was once a well of Saint Brigid and that the well of Saint Brigid ‘of a few fields over’ is in fact a bit of a myth in order to preserve the memory of Fr Moore at this site. For this reason it is a well that leaves me with somewhat mixed feelings. I’m not in any way against the remembrance and dedication of sites to the memory of holy people - this is how the honour of saintliness arrives in some sense – but there is also a good old dose of folk faith, which at times can be fascinating and even enlightening, but at worst can do horrible cultural and historical damage to an area.  What it might have wrecked or built up here I’m not quite sure, but I can only muster a strange ambivalence to this place. However, I cannot help but think that this well is merely an act of archaeological butchery and the ruination of the link to Brigid. 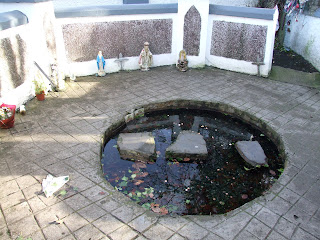 The holy well complete with pebble-dash

As a holy well it is not entirely beautiful. It has a rather horrible concrete surround and beneath it in the ditch there appears to be a well of sorts too - or at least and overflow. It has a Madonna and child trapped in a cage, a large sign warning you not to drink the water, vague notes about Fr Moore and who he was and the finer points of a ritual observance in order to extract a healing. But despite my own ambivalence towards this site, it is obviously hugely important to the people of the area and it has all the signs of active devotion and the expressions and tokens of hopefulness in prayer. 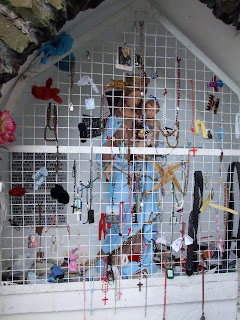 The Madonna and Child

Fr John Moore was a priest who lived with his mother in a little cottage not far from the well. He was born in Rathbride in 1779 and by 1799 he had enrolled in Maynooth to train for ordination. He was ordained in 1804 and appointed as curate to the parish of Allen and shortly after this he disappears from parish ministry altogether. During his lifetime many considered Fr Moore as having a gift of healing and many visited him for cures. Before his death in 1826 he is said to have blessed the well so that even after his death people might find a cure. Shortly afterwards a parish priest (Fr P. MacSuibhne) published a set of prayers to be said at the well at three visits in order to obtain a cure. The protocol set down by him was to visit the well three times, either on a Friday or a Sunday with a decade of the rosary, followed by a set prayer for Fr Moore and his parents, personal intentions, then a bathing in the well and finally three Hail Mary’s. Over the course of the three visits the person seeking healing should avail of confession and have received communion at least once. The more modern interpretation of this involves the necessity of using the stepping stones across the well. 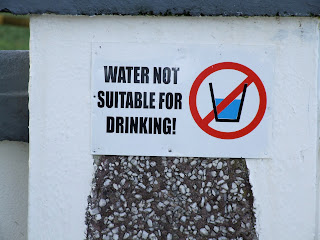 Lord Walter Fitzgerald recorded his visit to the well in the Archaeological Society Journal in January 1918. In it he describes the well at the end of a muddy path with crutches and sticks stuck into the soft earth around it as testimony to its curative properties, and the many wooden hand crosses left as a symbol of thanks for healing and answered prayer. He also describes being told a tale of how local clergy and some gentry became concerned by Fr Moore’s activity and renown for being a healer which finally resulted in the Bishop of the diocese paying him a visit and requesting him to stop his practice, but after a supernatural demonstration, the Bishop was convinced of his ability. But he is also told of rumours that Fr Moore was a silenced priest, which would explain why in later years he had no connection to a parish, while others argued that he refused position in a parish in favour of providing healing for the sick. 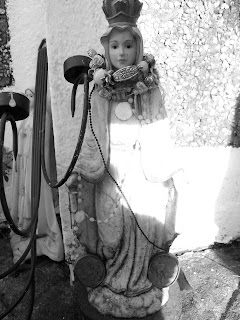 To this day the Forde family retain the silk chimney hat of Fr Moore, which I must say looks in rather bad shape. Those who suffer from severe headaches go to the well when the hat makes its appearance and it is set upon their head to enact a cure. I can’t say that I’d be in any great rush to have the old battered hat of what may be a disgraced priest set upon my head for any reason. It’s something of a shame we don’t know the real story of Fr Moore, for speculation of his particular sins that resulted in his possible disgrace will forever hang over this well as a dirty rumour or as a pointer to the truth. 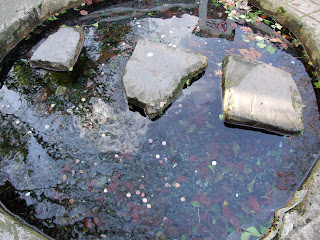 Where to find it:
On the main road out of Kildare towards Milltown (R415), the well is set back from the road and clearly signposted. 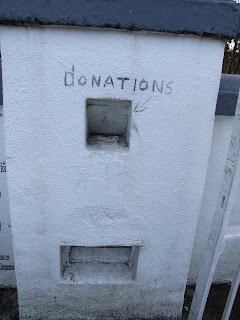