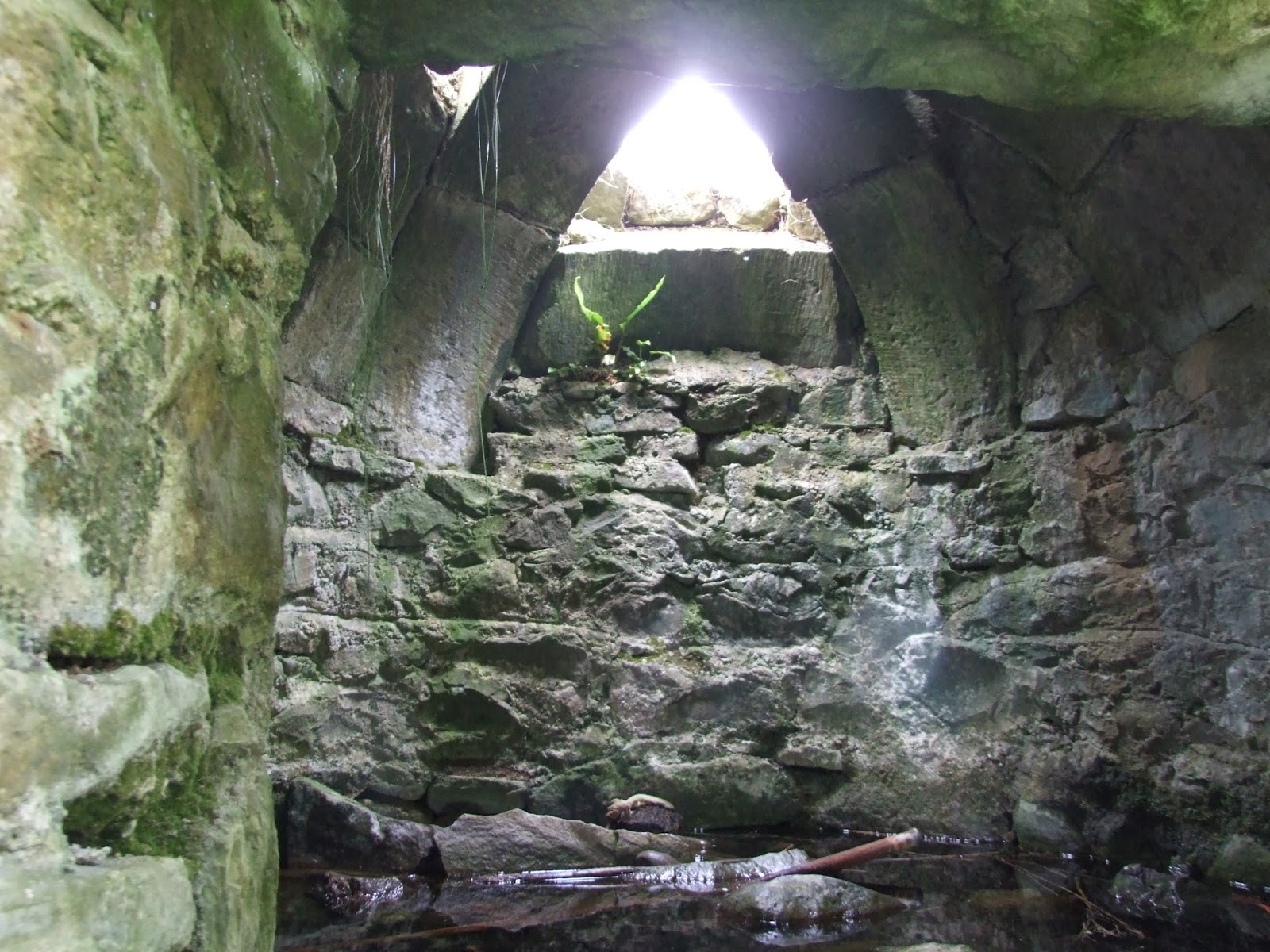 The interior of the holy well

The sleepy village of Carlanstown is located in north-west County Meath, cut through by the Moynalty River and surrounded by farmland. The settlement of this town has a long history, but the main bulk of settlement came when a bridge was erected over the river in the early nineteenth century. However it is the presence of the holy well and its unusual housing that suggests settlement from a very early date. The holy well itself is dedicated to Saint Patrick and it has a beehive structure built over it, thought to date from as early as the fifth century. This structure has earth laid up all around except for the entrance to the well, but the roof of the structure is kept clear of earth and weeds. It is a very unusual structure that seems to incorporate gothic arches that wouldn't be out of place in church or abbey. It appears that these have been added at a later date, perhaps after a collapse of the structure. Nevertheless, it holds a certain air of mystery. If these pointed gothic arches did come from a church or abbey, where exactly did they come from? The archaeology of this area is is pretty much non-existent, and despite considerable development of the village in the last decade, nothing has been uncovered in the earth. The only remaining possibility is that an early settlement may have been on the far side of the river; an area that is now farmland. 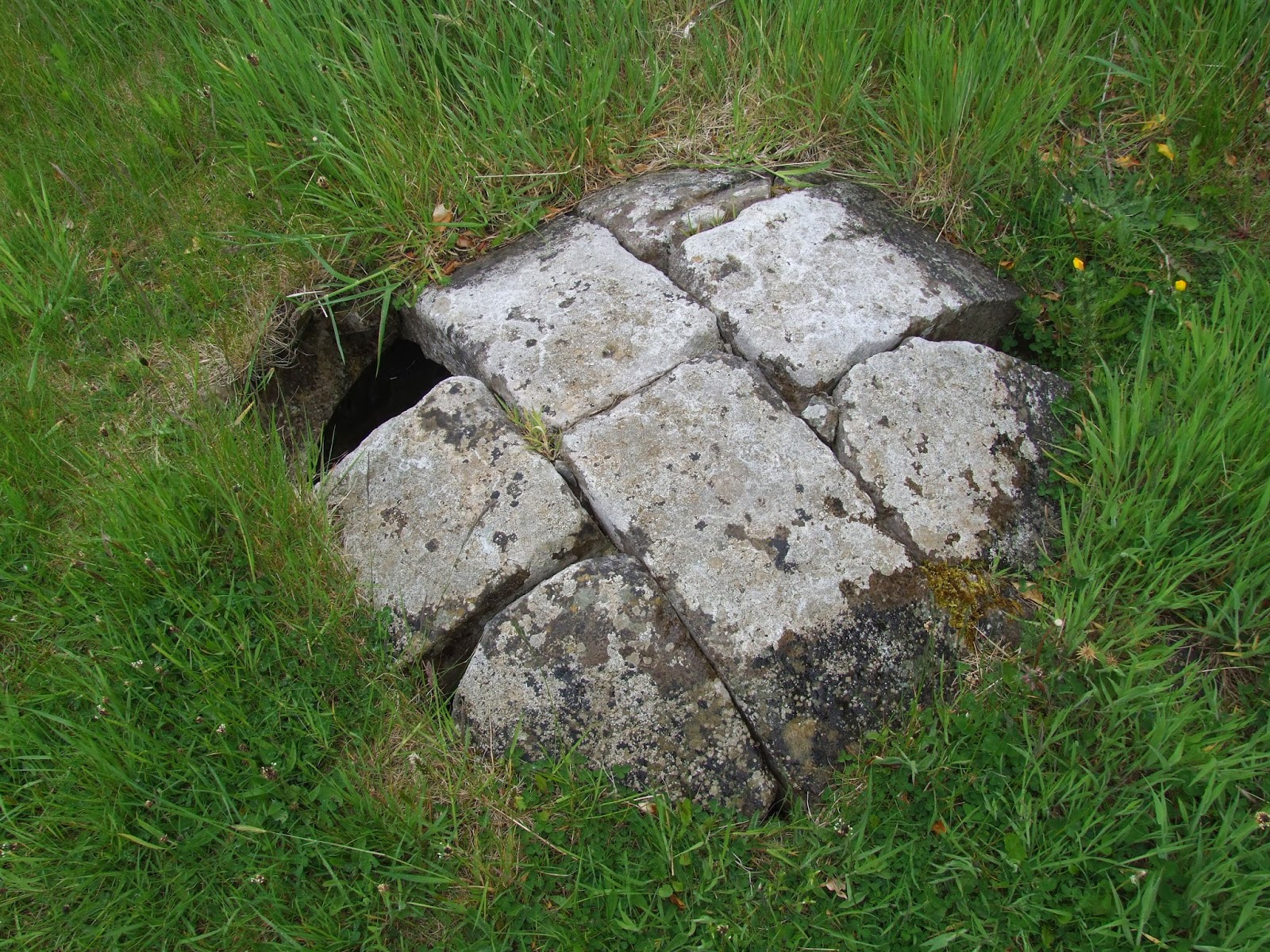 The granite dome over the well


Local folklore has it that this well was blessed by Saint Patrick as he was making his journey from Meath to Cavan. Inside the well basin there is a worn, red flagstone where Patrick is said to have stubbed his toe! As it bled, the stone stained red with his blood and has remained this way ever since. To one side another stone has two small holes; one where Patrick placed his thumb and the other said to be the place where he put his big toe. Of Saint Patrick's activity in this area we know nothing, not even if he actually ever passed through this way, although the OS maps from the early 1800's do mark this well as 'St Patrick's Well'. A local village tale tells of a Tipperary man who used to attend the Carlanstown fair every year to buy and sell cattle. After missing the fairs for a year he was contacted by a local who asked why he had not been attending. He explained that at the last fair he had made a considerable sum by selling all of his cattle for twenty sovereigns which he had hidden in the wall of the holy well. When he returned at the end of the fair to collect his money he could not find it and had left, returning home destitute. For the last year he had turned his hand to new trades in an attempt to make a new living. The local suggested that he pray at the well for the return of his money and as he did he noticed a small stack of twenty sovereigns just where he had left them!

Local villagers have prayed and held services at this well on Saint Patrick's Day for many years and it was believed that if you washed your eyes in its waters you could be cured of blindness and diseases of the eyes. Water was also taken from the well every Saint Patrick's Day to cook food, which was believed to be a cure for every ailment and would ward off ill health for the rest of your life. Today the well is badly neglected, even the approach to the holy well is problematic. You have to cross through two fields and over barbed wire fences to get to it. When I asked local people of its exact location, only one person out of about ten was able to tell me. The entrance to the well was badly overgrown with weeds; so much so that you could not see into it. Earth seems to have been further piled up around its sides, hiding much of its structure. The beehive well housing is actually surrounded by four granite walls in a square with a triangular terminating flagstone pointing east. Only the triangular flagstone is visible today. 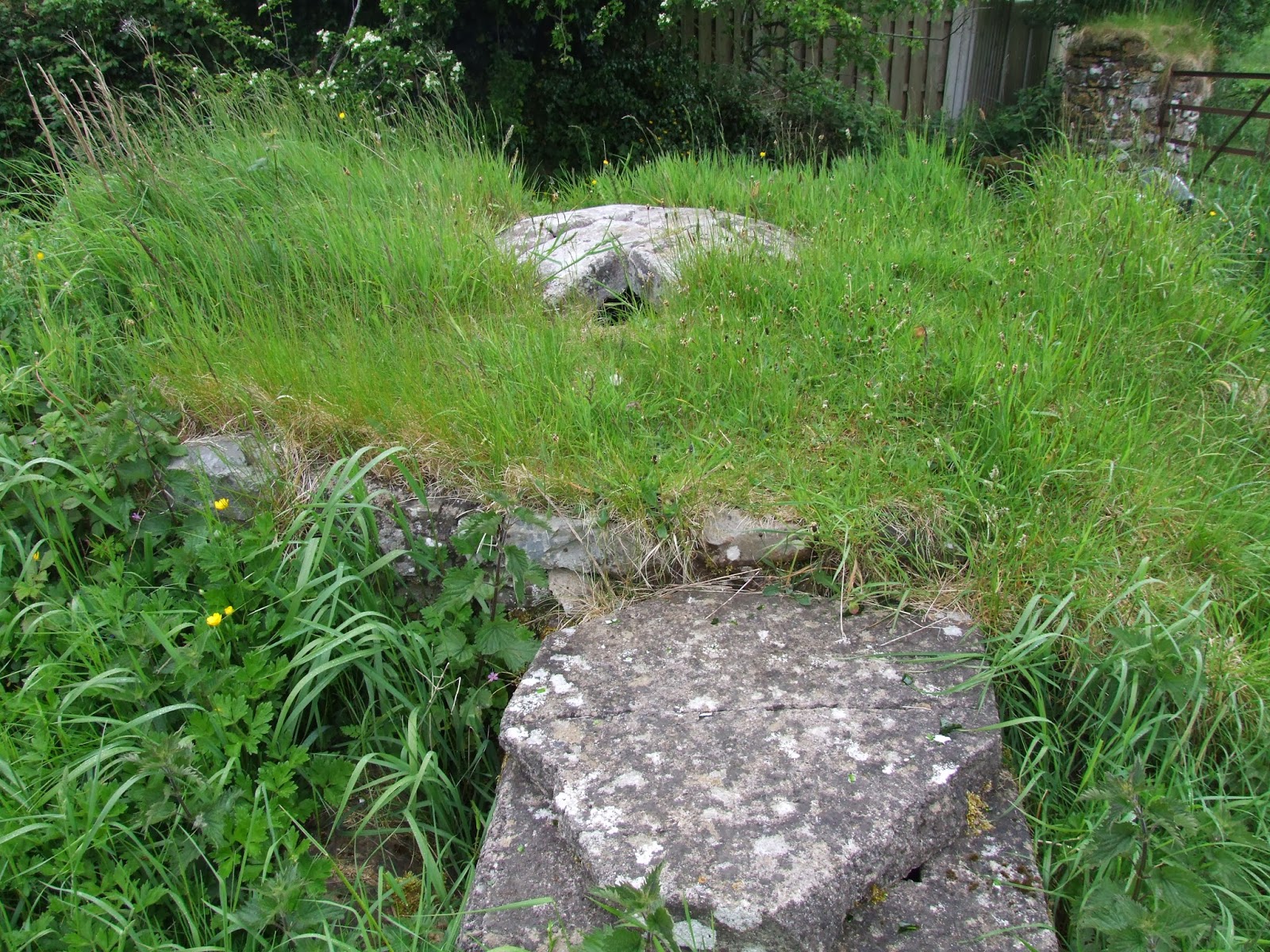 
This is a well in a very rural area in a pleasant village with a large open main street. It's something of a shame that the holy well is so neglected, but it is mentioned in the village development plan (2008-2015), although not as a protected structure. It seems strange that the only piece of ancient archaeology in the village has no protection, while even hedgerows and trees are listed later in the documents as being afforded protection under the development scheme. 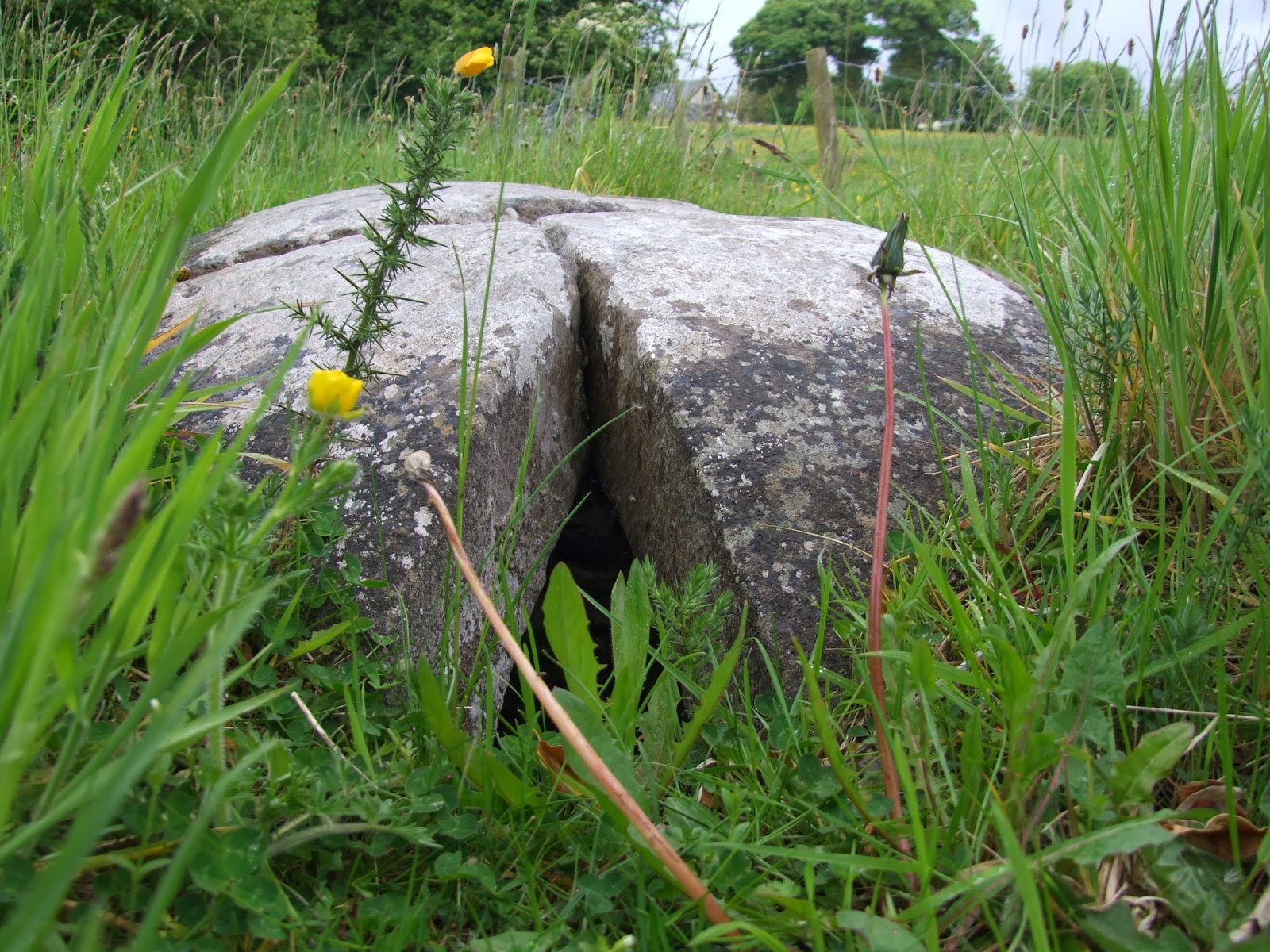 A cleft in the dome of the well


County Meath has many wells dedicated to Saint Patrick, and oddly enough they do arrange in a line that is said to plot the journey of the saint and his followers. Whether Patrick was truly at Carlanstown or not, his influence is still strongly felt and at some point in the ancient past of this town, someone (or possibly some community) felt it was necessary to cut granite and form a fairly significant structure around this well. As to who did it will likely remain a mystery for many years to come.


O well! which I have loved, which loved me;
Alas! My cry, O dear God!
That my drink is not from the pure well.

A verse from the Tripartite Life of Saint Patrick
after Patrick blesses the well at Uaran-garad. 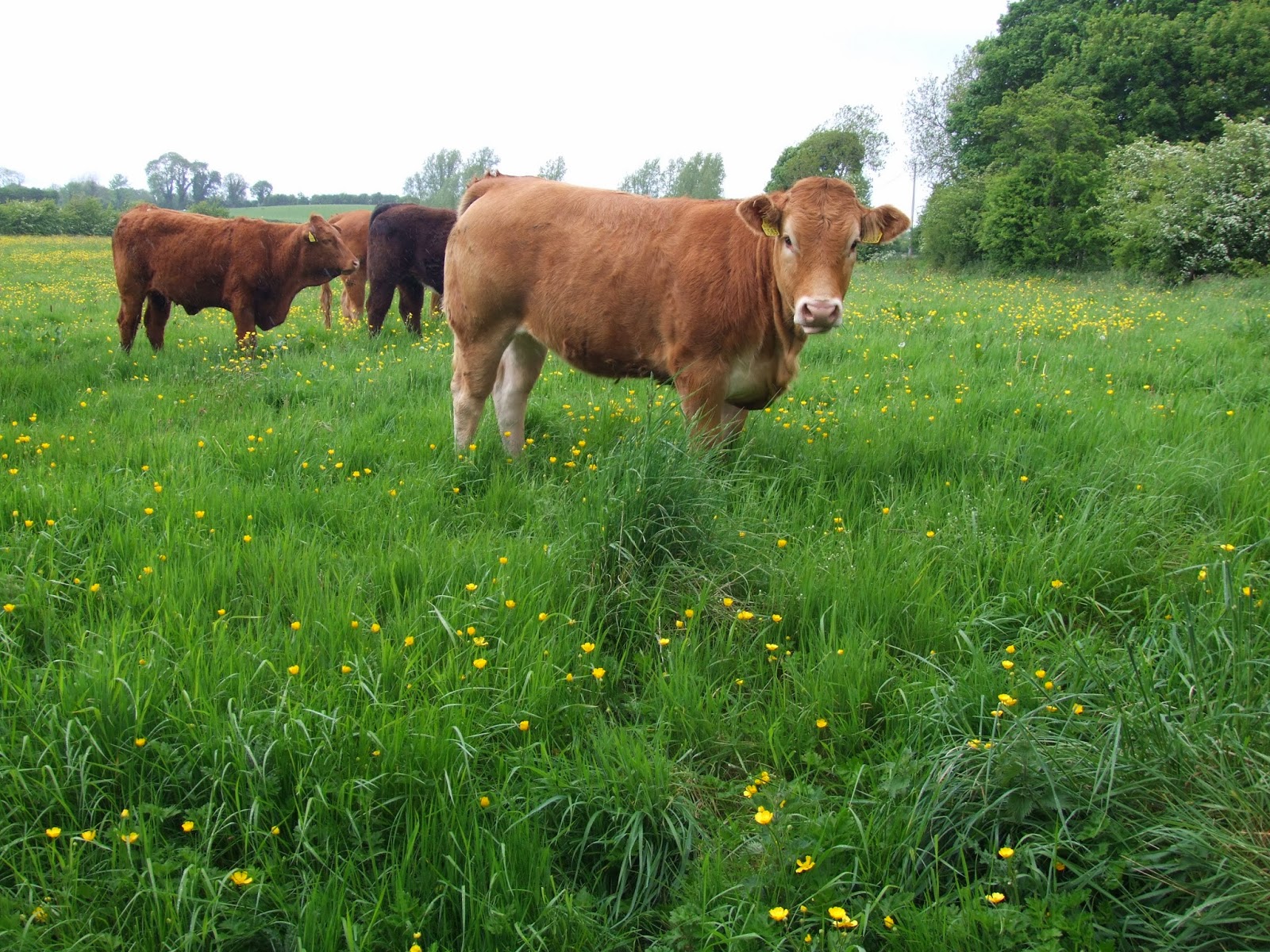 How to find it:

Carlanstown is a small village not far from Kells on the N52. If you enter the village from the far end over the bridge, pass down through the Main Street and instead of following the right hand bend, go straight on so that the school is on your right. Opposite the school is a field. cross this and into the next field, following the hedgerow by turning left. The well is straight ahead.