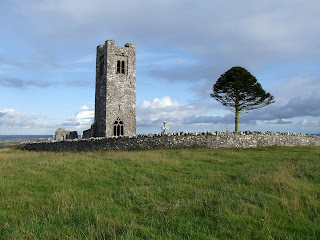 The Hill of Slane

In Irish Slane (Baile Shlaine) means ‘homestead of fulness’ and it is a small, picturesque village in County Meath. Just outside the village is the Hill of Slane which commands spectacular views out across the county.  Today you can find the remains of a twelfth century Norman motte and bailey (built by Richard Fleming in the 1170’s), the ruins of a friary  and the remains of a college. The friary operated in this area up until 1723 when it was abandoned. 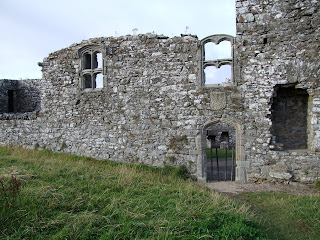 Slane Castle
The famous event on the Hill of Slane involved a tale recounted by Muirchu moccu Machtheni a Leinster monk , who in the seventh century recorded the account of Saint Patrick lighting his paschal fire in defiance of the pagan king at Tara (in ‘Vita sancti Patricii’). Historians today suggest that this tale moves the account to Slane from Knowth. Despite the doubts over the events of defiance at Slane, it is more certain that Patrick consecrated Saint Erc as Bishop on this site. Personally I see no reason to doubt the accounts of the fire lit at Slane as Erc is the only person to give homage to Saint Patrick in his own writings of the confrontation with the pagans at Tara. In his own writings Erc is also quite specific that the confrontation tales place in 433 and that it takes place on Slane. 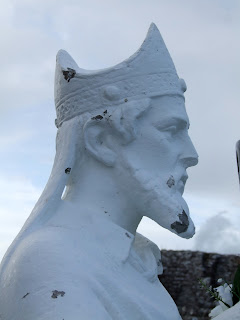 Saint Erc  was originally part of the retinue of King Laoghaire, but he broke rank to escape and follow Saint Patrick. He is said to have been trained by Saint Brendan the Navigator at his church in Ardfert and later in life; moved to a religious life he became a hermit on Slane where he was baptized by Saint Patrick. It is suggested that the remains of the hermitage of Saint Erc have been incorporated into the castle at Slane. Saint Patrick consecrated him Bishop of Slane and his feast day is recorded as the 2nd November. The saint’s grave can be found on the top of Slane, marked by two large stones. Smaller stones dotted around the area mark the graves of his followers, clergy and subsequent monks that lived in the area. Saint Erc’s foundation flourished for almost six hundred years. 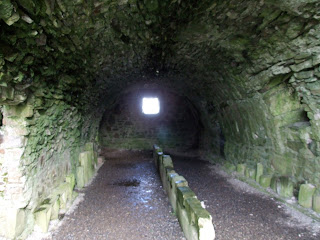 Saint Erc's hermitage
The relationship between Erc and Patrick was said to have been very close and it is told that Patrick greatly admired Erc’s inner stillness and sound judgement. Legend tells of how Patrick composed a short poetic quatrain that is part playful mockery and part sober deference, on the wisdom and judgement of Saint Erc as a blessing on all who received his counsel.
O God who granted the blessed Saint Erc a deep understanding of justice and a wise councel, grant us who benefit from his faithfulness a sound judgement in all things, a stillness of body, mind and soul and a faithfulness of heart that in all things we may honour your name and proclaim your glory; through Jesus Christ our Lord who lives and reigns with you and the Holy Spirit, now and for ever.
Amen. 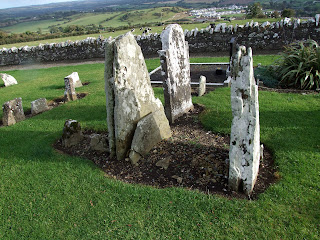 Saint Erc's Tomb
Saint Erc’s well - sometimes also known as Saint Patrick’s well, is within the walls of the ruined friary church. As you face the large remaining Gothic tower, to the right, very close to the wall, is the well housing. This area is pretty much deserted and the well is extremely deep. As a result, in their wisdom, the local council has decided to fill it in with rocks for fear of anyone falling in.  It is something of a shame, but understandable nonetheless. It is said to have been the site that Saint Patrick baptised Saint Erc and where Saint Erc subsequently baptised his followers. 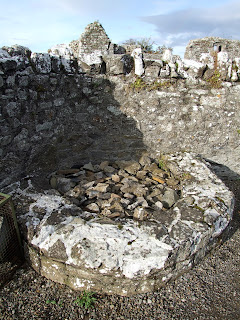 The filled in well
This area is steeped in Irish myth about the confrontation between the pagans and the Christians, bit casting all of that aside it has also been a place of learning. Saint Erc’s foundation was said to have been prized as a place to send children for valuable education. In 653 the King of Austrasia died young (at 21 years of age), leaving the throne to his two year old son, Dagobert. His chief ministers at the time felt it was necessary for the child to receive the best education that Europe could offer and the child was sent to the foundation at Slane to be educated. The Franciscan’s who settled the foundation under the auspices of the Fleming family later, also maintained a college at Slane in acknowledgement of its scholarly past. 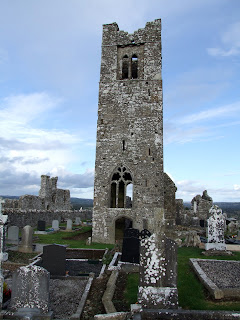 The remains of the friary
Lord Jesus Christ, you have called us to be your disciples. Deliver us from the pride of thinking we have learnt all we need to know, done all we need to do, and become all we need to be. As we remember that disciples are learners, enable us to continually learn as we follow you; for your name’s sake.
Amen. 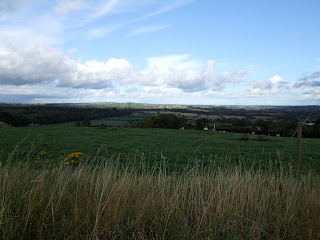 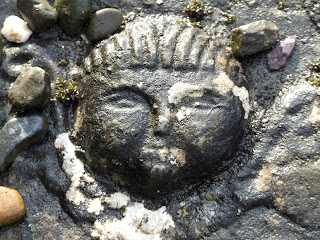